﻿﻿"Not only does the concept of the project at hand sell a project, but in drafting and design, presentation is everything."﻿﻿  - Ryan L. Young, Founder and CEO

The Late Show with Stephen Colbert

​Joint project with Reichgott Engineering for Black Walnut, the award winning engineers for entertainment sets and stages. We were acquired to complete final drawings for the Department of Buildings (DOB) in New York City for the new set design of The Late Show. RY Design Services, LLC modified the original plans to show new conditions and assembly information through our drafting service. Project completed in August 2015

Project location - the Bronx Navy Base in Bronx, New York. The Engineer of Record for this project was Reichgott Engineering of Suffern, New York, and the General Contractor was D'onofrio General Contractors Corp. RY Design Services, LLC provided the layout of the seawall stabilization and repair at the Navy Operation Support Center. Construction of this project ended in August 2013. 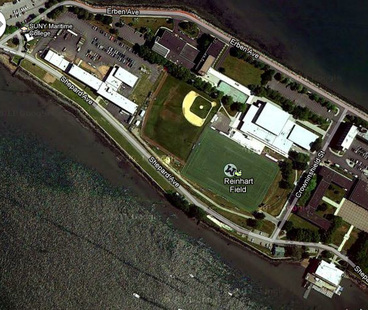 This project is located near Summerton, South Carolina. The Engineer of Record and Contractor for this project is
Rikard Enterprises, LLC of Leesville, South Carolina. RY Design Services, LLC assisted in the layout and stormwater
​ design of this nearly 17 acre phase of Big Water Resort's Subdivision.  RYDS Project Date: September 2013